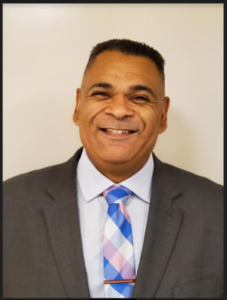 Socrates Ortiz: I was born here in the United States of America to Dominican parents and spent my High School time between New York City and Santo Domingo. My parents came to America in the late sixties, like many other people seeking a better life. I was born in the Bronx and at the age of eight, moved to Corona Queens.

When I was 14 years old, I planned my life out- I would become an airline pilot and go to Aviation High School, then join the Air Force and work for a big airline. I had it all set until my father decided to move us to Santo Domingo. I spent the 9th and 10th grade studying in the Dominican Republic at a bilingual British school. After two years though, money started to run out.

Though my parents did not graduate from high school —they always pushed and supported education for me and my siblings. The summer before 11th grade I returned to New York for the summer and one of the teachers and mentors I had stayed in contact with suggested I stay to go to school and helped me get into an alternative high school and before I knew it, I was living with my aunt in the Bronx and attending University Heights High School at Bronx Community College.

Our senior trip was to a camp called Boys and Girls Harbor out on Long Island. This was a weekend putting on harnesses, climbing ropes, and going through webs in the middle of the woods, all lots of fun but more importantly working together as a team to get multiple tasks accomplished. My strongest memory was being blindfolded in the darkness and being guided down to the waterfront by the others’ voices. I can remember taking the blindfold off and thinking I’m in a huge field. The water was so calm that it looked like a dark field until your eyes adjusted and you realized you’re standing in front of this body of water. I remember that it was an incredible feeling of peace and tranquility, knowing that you could trust other people. It was scary. It was surreal. I graduated and went off to study at Dowling College in Oakdale, Long Island. I struggled my first semester but thanks to a program called Higher Education Opportunities Program (HEOP), I made it through. I started taking Liberal Arts classes and my first Sociology professor sparked my attention and I was hooked. At the same time, I began volunteering at the Harbor and got trained as an adventure facilitator for Project Adventure. At twenty-one, I became their youngest national facilitator. I began working for an after-school program teaching children about flight and space. I took a position with the Board of Education working with struggling students and began courses for my Master of Social Work.

Twenty years ago, I was offered a job at Middle College High School at LaGuardia Community College in Long Island City-one of the first schools in New York City to follow an Early College model for an at-risk population. I began teaching Social Studies, moved on to become a guidance counselor, eventually becoming the Director of Guidance. Twelve years ago I became an Assistant Principal and this year I was appointed as the Principal of Middle College High School. I am a licensed Psychotherapist, an adjunct Professor of Sociology, a husband and a father.

After all of these years, with all of these experiences, as I begin my new journey as Principal, I carry with me four values- consistency, transparency, fairness and respect. I am rooted in this community as I am one of the students who came from this community. From the Bronx, to Santo Domingo, to Oakdale, back to Queens- I am committed to contributing to making all young people the best that they can be.